If proper procedure followed, 63 year old accused will be alive today, and not died in a police lock-up...(MADPET)

If proper procedure followed, 63 year old accused will be alive today, and not died in a police lock-up

Police lock-ups for suspects under investigations, not accussed persons in detention awaiting end of trial

On 13/1/2022, a 63 year old man, who would probably be alive, died in a police lock-up at the Taiping district police headquarters (IPD), Perak. The deceased was an accused person who had already been charged in court in April 2021, and as such he should rightly have been returned to his place of detention at the prison complex, possibly Taiping prison, and not placed in any police lock up.

Bukit Aman Integrity and Standards Compliance Department (JIPS) director Datuk Azri Ahmad said “The accused had been placed in the Taiping IPD lock-up after the first mention of the case on Jan 11 while awaiting the next mention tomorrow,”

MADPET (Malaysians Against Death Penalty and Torture) states that after his court date on 11/1/2022, he should have immediately been returned to prison, and brought back to court again on 15/1/2022. It must be noted that the Taiping Prison, where he was most likely detained after being charged in April 2021 is very near. He cannot simply be placed in a police lock-up at this stage.

Persons in police lock-ups are only arrested suspects, remanded for investigation purpose only, and as such the authorities must explain why this accused person awaiting his trial to end was even in a police lock-up when he died.

After an accused is charged in court, he is further detained if his application for bail was denied, or because he simply could not afford to furnish the required bail. In Malaysia, sadly there are too many un-convicted waiting for their trial to end are in prison. In 2015, for example, there were a total of 51,602 persons in Malaysian prisons, and about 25.8 %(13,000) of them were remand pre-trial prisoners. Great injustice happens when these detainees are later found not guilty, and Malaysia at present still do not compensate the innocent for their often years of lost liberties and freedoms. MADPET reiterates the call for compensation for those wrongfully detained, who have been found not guilty or innocent.

In a Parliamentary Reply on 16/12/2021, [Q.331], the Home Minister said that all police lock-ups will be monitored by CCTV latest by the end 0f 2021, and as such, it is hoped that the CCTV recordings will assist in the inquiry of this mid- January 2022 death in custody case.

MADPET hopes that there will no more cases where the police come up with excuses of non-functioning or non-existent CCTVs, ‘fake’ CCTVs  or even excuses that the CCTVs do not record.

To reduce death in police custody, the Minister also said that steps have been including a more stringent Standard Operating Procedure(SOP), whereby there will also be increased monitoring at night and also increased personnel responsible for monitoring lock-ups/[Q.331]. MADPET urges for a disclosure of this SOP, so that the detainees and others can also make sure the compliance of the police.

The Minister also informed about the set-up of Custodial Medical Unit (CMU), which will also do a medical examination of detainees before they are placed in police lock-ups. [Q.331]. MADPET is pleased that this will certainly reduce and/or eliminate deaths in police custody in Malaysia.

On 7/12/2021, Home Minister Datuk Seri Hamzah Zainudin said that because of the number of complaints about deaths in custody, the decision was made to set up this new Death in Custody Investigations Unit which would be under the Federal Police’s Integrity and Standards Compliance Department. This unit would be headed by a police superintendent and would begin investigating all deaths in police custody that occur on Jan 1 onwards. (Star, 7/12/2021).

MADPET is open to give an opportunity for this police’s NEW Death in Custody Investigations Unit to show us that police can investigate independently death in POLICE CUTODY cases, even where the perpetrators who may likely be police officers, and the scene of the crime is a police facility.

Even before this new special unit, the police was duty bound to investigate such deaths in the custody, but unfortunately the lack of prosecution of the police suspects have given rise to a public perception that the police cannot really be expected to independently investigate and bring to justice police officers responsible for the death. There is a need for a non-police independent investigation.

In 2018, the Enforcement Agency Integrity Commission (EAIC) found that police personnel had beaten Syed Mohd Azlan criminal intent sufficient to make it a crime of murder. The EAIC also found that the police had tampered with evidence – even causing a rubber mat and/or carpet possibly stained with blood to vanish.

It is for this reason that many have called for an INDEPENDENT body, not the police, when the police themselves may be the perpetrator, and/or are directly or indirectly involved in the crime.

Covering Up By classifying it a ‘Sudden Death’ must be avoided

The Bernama Report said that the victim ‘…suffered from sudden death while in custody…’(Sun Daily, 14/1/2022). Sudden Death, according to dictionary  like Merriam Webster means, ‘unexpected death that is instantaneous or occurs within minutes from any cause other than violence’. What is the cause of the death is for the Coroner to determine after an open inquest.

In death in custody cases, violence cannot be ruled out prematurely – as the likelihood of violence by police officers and/or others of causing the death instantaneously or even much later after the act/s of violence is there. The failure to provide speedy healthcare and medication also makes someone criminally liable for the death.

“A Magistrate holding an inquiry shall inquire when, where, how and after what manner the deceased came by his death and also whether any person is criminally concerned in the cause of the death.'(s.337). It is the coroner that determines whether it is ‘sudden death’ or otherwise, not the police and certainly not the media.

In a Parliamentary Reply on 16/12/2021, [Q.402], the Home Minister said for the period from January 2015 until September 2021, there were 79 deaths in police custody. The Minister said that only 20 inquest were done, 17 cases are with the Public Prosecutor, 12 still being investigated and the police have classified 30 cases as ‘No Further Action’.

MADPET calls for an inquest for ALL remaining 59 death in custody cases in that period, and for all death in custody cases, and these inquests must be done speedily, preferably before the body of the deceased which is the key evidence is disposed off. Cremation can destroy much needed evidence.

An inquiry of death is NOT an investigation with the object of finding sufficient evidence to prosecute anyone. An inquest determines when, where, how and after what manner the deceased came by his death and also whether any person is criminally concerned in the cause of the death.'(s.337). As such, the most important question is whether anyone may be criminally responsible for the death or not.

As to the determination of who exactly is the criminal suspect, that is really not the responsibility of the Coroner, but the police and the prosecutors.

An independent Coroner’s finding after an open inquest can remove doubt of police criminal responsibility of victim of death in police custody.

MADPET calls for a speedy inquest in this case, and reiterates the call for Inquests for all death in police custody cases; and

MADPET calls on the Home Minister, Government and Judiciary to practice transparency and accountability, and make public results of inquests, Coroner’s reasons for not holding inquests, investigation and/or prosecution of especially of death in custody cases vide their websites and other means, without being always forced to answer because of some Parliamentary Question. 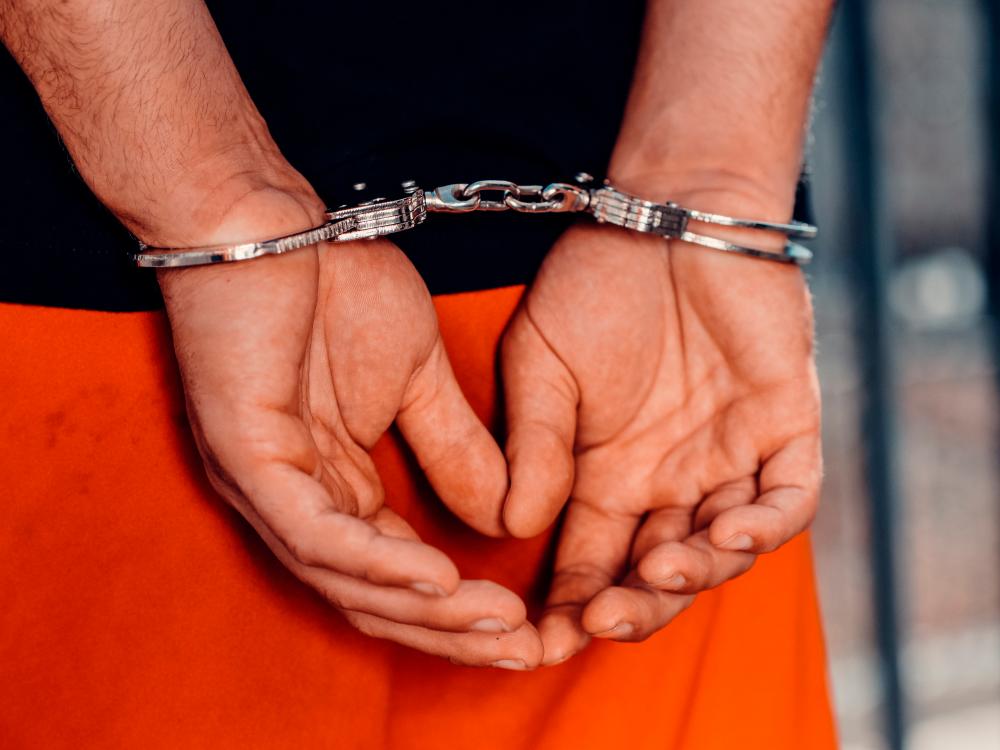 Pix for representational purpose only. Pexels

KUALA LUMPUR: Two policemen are among four individuals arrested to assist in the investigation into the death of a detainee in a lock-up at the Taiping district police headquarters (IPD), Perak, yesterday.

Bukit Aman Integrity and Standards Compliance Department director Datuk Azri Ahmad said the Criminal Investigation Unit on Deaths in Custody had been instructed to investigate the incident on the day it occurred.

He said the results of the investigation also led to the arrest of two other accused persons.

“Therefore, all of them were remanded at the Taiping Magistrate’s Court for seven days until Jan 20 to assist in the investigation,“ he said in a statement, tonight.

Yesterday, police confirmed that a local male detainee suffered from sudden death while in custody at a lock-up at the Taiping IPD.

The 63-year-old was an inmate of the Taiping Prison who had been placed temporarily at the Taiping IPD lock-up.

Posted by Charles Hector at 3:11 AM