Special Task Force Maybe, But Not The National Security Council, Under The Draconian NSC Act, To Assist Health Ministry Deal With Covid-19 Situation(MADPET)

SPECIAL TASK FORCE MAYBE, BUT NOT THE NATIONAL SECURITY COUNCIL, UNDER THE DRACONIAN NSC ACT, TO ASSIST HEALTH MINISTRY DEAL WITH COVID-19 SITUATION

MADPET (Malaysians against Death Penalty and Torture) is perturbed that the Malaysian government may have quietly and wrongly resorted to using the draconian National Security Council Act 2016(NSC Act) in this combat to curb and defeat the Covid-19 threat.

The now Prime Minister Muhyiddin Yassin, and the several Members of Parliament (formerly from PH) may have forgotten their promises before the last General Elections to abolish, not repeal, this National Security Council Act 2016(NSC Act).

Phone alerts and messages, previously seem to have come from the Ministry of Health (MOH) seem to be now coming from the National Security Council (MKN).

The NSC may be wrongly taking over power and control from the Ministry of Health, who is really the  responsible Ministry under the Prevention And Control Of Infectious Diseases Act 1988(PACID Act).

Change Minister if Unhappy, but do not take over power of Ministry of Health

Ministry of Health is NOT even in the National Security Council

Such a National Security Council which is very specific about its composition, and does not even include the Ministry of Health.

Further, this NSC Act should not even come into play as this is not a ‘national security’ situation as envisaged or covered by that NSC Act.

Malaysia already have a law for this specific situation or concern, and there is no need to resort to any other Acts including the National Security Council Act(NSC Act).

At present, Malaysia is responding to the Covid-19 threat by resorting to that specific Act, that is meant to deal with this kind of situation, being the Prevention And Control Of Infectious Diseases Act 1988(PACID Act).

Whilst the first Order(PU(A) 87/2020) declares the whole of Malaysia as being the ‘infected local area, the second Regulations(PU(A) 91/2020) lays out in detail what are the restrictions in place, which also includes what businesses/agencies and premises are allowed to operate during this period, being only those that are providing essential services, whereby the Schedule provides a detailed list.

For  ‘(2) Any premises not providing essential services may be opened provided that the owner or occupier of the premises obtains the prior written permission of the Director General and the Director General may impose any conditions as he thinks fit.’ The schedule listing ‘essential services’ in item 22 states ‘22. Any services or works determined by the Minister as essential or critical to public health or safety’

It is sad that the law is broken now, when other Ministers or government bodies, possibly without even the ‘written permission of the Director General’ are seen to be exempting and allowing some premises that do not clearly fall within the detailed list of ‘essential services’ to continue operate.


Law Breaking by Other Ministers, Ministries and Government Agencies?

One example of this is when the Plantation Industries and Commodities Minister Datuk Dr Mohd Khairuddin Aman Razali was reported saying that workers in the plantation and commodities sector have been exempted from the Movement Control Order and are allowed to resume their work activities (Bernama, 19/3/2020). There is a question of whether the Minister even obtained the required ‘prior written permission of the Director General’, which should also include conditions.

Likewise, some companies may also be seeking exemptions from other Ministries and even Ministry of International Trade and Industry (MITI), which is wrong, as any permission or exemptions must only be sought from the Director General of Health.

Whilst the government, being the Federal government, State government and the Local Government, may rely on other laws to impose additional restrictions, they should never do anything that countermands, undermine or violate the orders/regulations made by the Prevention And Control Of Infectious Diseases Act 1988.


Use of Armed Forces Wrong and Violation of Law

MADPET opposes the use of the Malaysian Armed Forces, and state that if there is insufficient police and/or enforcement officers to deal with the situation, there are so many other options available like the using of recently retired enforcement officers, voluntary corps, and all other public servants in Ministries and Departments not involved in the provision of ‘essential services’.

Section 5 of the PACID Act also provides that, ‘Police, customs and immigration officers and officers from other government departments and agencies shall render such assistance as any authorized officer may request for the purpose of enabling him to exercise the powers vested in him by this Act or the regulations made under this Act.’ There is no mention of the armed forces.

The Prevention And Control Of Infectious Diseases Act 1988 should be used against all violators of this law, whereby the penalty now is in respect of even a first offence, to imprisonment for a term not exceeding two years or to fine or to both, and the penalty is higher for repeat offenders.

For companies that violate the Act, and continue operating, prosecution shall be taken against all Directors and owners, not just the Company, and a prison term would be a more effective deterrent, than mere fines. Fines or compounds against companies, that continued operating, exposing workers (and their families) to the threat of Covid-19 may be simply inadequate.

Names of the perpetrators, especially companies, should be disclosed and not ‘hidden’ so as not to affect the name and reputation of businesses.

It was reported that an unnamed construction company was allowed to compound their offence by paying RM50, 000 for violating the PACID restrictions of not operating during this period, but no action was taken under the PACID Act. The compound was issued under Section 70 (13) of the Road, Drainage and Building Act 1974 (Act 133). (Star, 19/3/2020)

Violators of the PACID Act and Regulations in place to combat Covid-19 must be prosecuted under that law and not some other law, and compound should not be offered to perpetrators. They should all be charged and tried in open court.

MADPET also calls for the setting up of a Cabinet or Parliamentary Committee, which shall include the Health Ministry, to assist the Health Ministry implement the orders and restrictions imposed pursuant the Prevention And Control Of Infectious Diseases Act 1988(PACID Act); and

MADPET urges that human rights be respected and protected at all times. 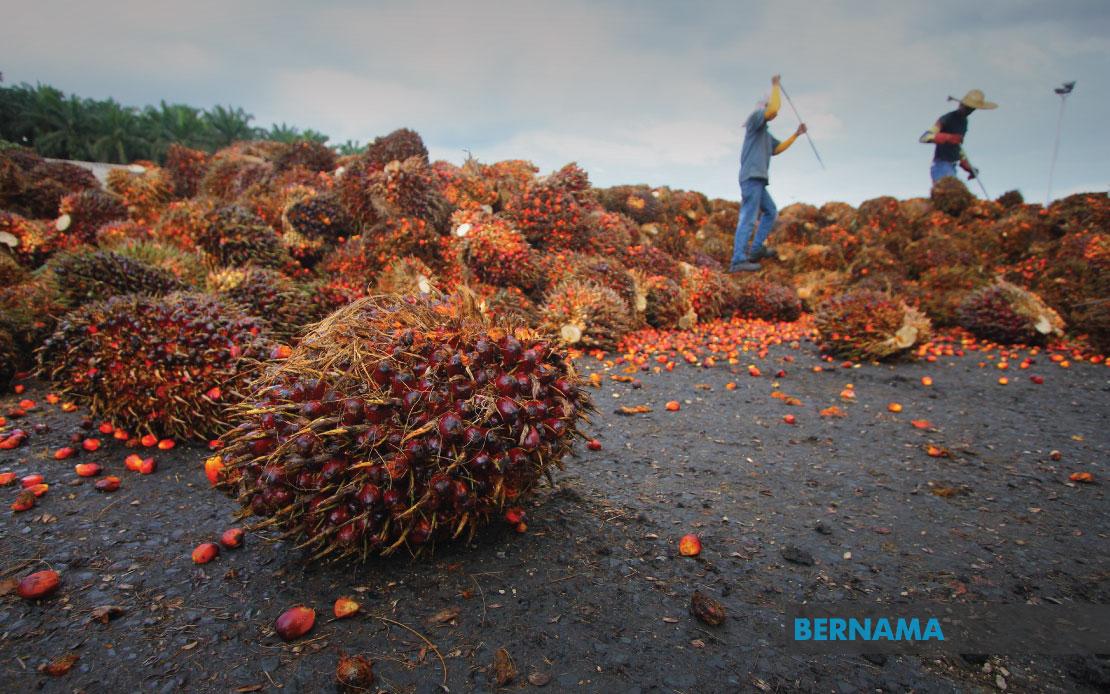 KUALA LUMPUR, March 19 -- Workers in the plantation and commodities sector have been exempted from the Movement Control Order and are allowed to resume their work activities, said Plantation Industries and Commodities Minister Datuk Dr Mohd Khairuddin Aman Razali.

He said the ministry Is aware that the enforcement of the order from March 18-31 would have an impact on the sector.

“The ministry is aware of the importance of the oil palm and rubber industries which contribute to the supply chain related to the provision of essential services, such as supplies of cooking oil and medical equipment like gloves and catheters,” he said in a statement today.

Following the exemption, activities such as harvesting and processing fresh fruit bunches by plantation companies, smallholders and palm oil millers may be continued.

The exemption also includes processing of crude palm oil at the refineries for the production of cooking oils to meet local demand.

Rubber tapping is also allowed to continue to ensure the supply of raw materials for medical items such as gloves and catheters, while the timber sector may resume their operations to fulfill their existing contract orders.

However, workers will need to abide by all preventive and control measures including ensuring social distancing and returning home straight after work, as well as practicing good hygiene habits such as washing their hands with soap or hand sanitisers.

PETALING JAYA: A construction firm in Kuala Lumpur was compounded for not adhering to the ongoing movement control order (MCO).

The firm was slapped with a RM50,000 fine for carrying out work despite having been given notice to stop work for two weeks.

Two others were ordered to shut down operations immediately after they were found to be carrying out housekeeping at the site.

Under the MCO directive from the government, construction sites and household renovation works are not considered essential services and hence must cease.


DBKL enforcement officers in charge of monitoring construction sites had carried out inspection at about 50 sites by 1pm on Thursday (March 19).

“The two ordered to close were carrying housekeeping work at the site, while the other one, which was summoned, was fully operational, ’’ he added.

Khairul said the inspections were carried out at construction hotspots in Bukit Bintang, Segambut and Wangsa Maju.

Posted by Charles Hector at 11:58 PM No comments: