KUALA LUMPUR: Only one detainee had died in police lock up due to injuries sustained from the police, revealed Home Minister Ahmad Zahid Hamidi in a written reply to Gobind Singh Deo (Puchong-DAP) today.

“For the period from the year 2010 to 2016, only one detainee died in police lock up due to injuries sustained from police personnel. That was in the year 2013,” said Zahid.

“The highest number of lock up deaths was 20 in the year 2013. Of the 20, 15 died due to various infections to the liver, throat, lung, intestines and ulcers.”

The infection cases also contributed to the majority of the deaths in lock ups – up to 84 cases out 110 deaths.

In total there were 110 lock up deaths from 2010 until 2016, revealed Zahid who is also the deputy prime minister.

The lowest number of deaths were recorded in 2010 with nine deaths.

Suhakam: Families of dead detainees can ask for inquest 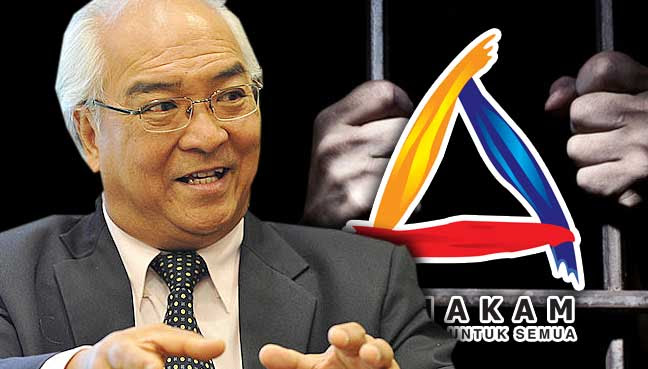 KUALA LUMPUR: Family members of detainees who die while in custody can seek an inquest to determine their cause of death.

Commissioner of the Human Rights Commission of Malaysia (Suhakam) Mah Weng Kwai said this was especially so in cases where custodial deaths occurred under suspicious circumstances.

“They can most certainly request (for an inquest) when there are some suspicions on how the person died and no action was taken over those allegedly responsible,” he said.

Mah was responding to questions on whether family members of detainees should seek inquests to determine the cause of death.

His remarks come in the wake of the announcement in Parliament yesterday by Deputy Prime Minister Ahmad Zahid Hamidi that over 280 custodial deaths were recorded from 2000 to 2016.

However, in Suhakam’s annual report released earlier today, the commission stated that custodial deaths in prison had increased to 269 in 2016, compared with 252 in 2015.

Suhakam said 35 deaths were recorded in immigration centres last year, compared with 82 in 2015.
No information was available on deaths in police lock-ups in 2016, but there were 12 reported deaths in 2015.

Mah, who is a former Court of Appeal judge, said it was up to the magistrate to decide if there was sufficient evidence on suspected deaths for an inquiry to be held.

“The magistrate, sitting as a coroner, needs to exercise his discretion if he wants to start an inquest,” he said.

Mah added that if the coroner could make a ruling and name the suspects involved in a detainee’s death in his verdict, the alleged assaulters could be prosecuted.

There have been three cases of custodial deaths reported since January.

On Jan 18, Soh Kai Chiok was found dead at the Bera police station.

Suhakam and the Enforcement Agency Integrity Commission are probing the three deaths. - FMT News,
Posted by Charles Hector at 9:48 PM No comments:

More than 1,100 people have received death sentence in Malaysia

KUALA LUMPUR: More than 1,100 people have been convicted and sentenced to death by the courts up to Feb 21 this year, said Deputy Prime Minister Datuk Seri Dr Ahmad Zahid Hamidi.

"Based on statistics from the Prison Department, as of Feb 21 this year, a total of 1,122 prisoners have been found guilty and sentenced to death by court," said Dr Ahmad Zahid, who is also the Home Minster in a written parliamentary reply.

His reply did not state from when these convictions took place.

He was responding to a question from Kasthuri Patto (DAP-Batu Kawan), who asked the Ministry to reveal the statistics of prisoners who have been sentenced to death according to background and cases as of Feb this year.

Ahmad Zahid said a total of 16 inmates - 14 Malaysian and two foreigners - had been executed between 2014 and Feb 21 this year.

"From the total, a total of 15 prisoners have been sentenced to death for murder while the other one was due to a crime involving firearms," said Dr Ahmad Zahid.

Last week, The Cabinet agreed to review the Dangerous Drugs Act 1952 to allow judges to use their discretion in sentencing offenders instead of imposing the mandatory death sentence.
Minister in the Prime Minister's Department Datuk Seri Azalina Othman Said said the review will enable judges to mete suitable sentences in marginal cases where offenders could be given jail sentences.