In the recent Papal Encyclical by Pope Francis dated 3/10/2020, it reaffirms that the Church and all Catholics are for the abolition of the death penalty...'...All Christians and people of good will are today called to work not only for the abolition of the death penalty, legal or illegal, in all its forms, but also to work for the improvement of prison conditions, out of respect for the human dignity of persons deprived of their freedom....'

And, it talks about LEGAL and ILLEGAL Death Penalty. By 'illegal death penalty', this includes extrajudicial killings and even where police, instead of arresting, end up killing persons - '...  extrajudicial or extralegal executions, which are “homicides deliberately committed by certain states and by their agents, often passed off as clashes with criminals or presented as the unintended consequences of the reasonable, necessary and proportionate use of force in applying the law”...' 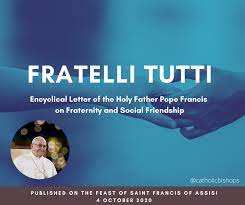 Some relevant under the sub-chapter entitled 'The death Penalty' is as follows. For a full read of the ENCYCLICAL LETTER FRATELLI TUTTI OF THE HOLY FATHER FRANCIS ON FRATERNITY AND SOCIAL FRIENDSHIP 3/10/2020

263. There is yet another way to eliminate others, one aimed not at countries but at individuals. It is the death penalty. Saint John Paul II stated clearly and firmly that the death penalty is inadequate from a moral standpoint and no longer necessary from that of penal justice.[246] There can be no stepping back from this position. Today we state clearly that “the death penalty is inadmissible”[247] and the Church is firmly committed to calling for its abolition worldwide.[248]

264. In the New Testament, while individuals are asked not to take justice into their own hands (cf. Rom 12:17.19), there is also a recognition of the need for authorities to impose penalties on evildoers (cf. Rom 13:4; 1 Pet 2:14). Indeed, “civic life, structured around an organized community, needs rules of coexistence, the wilful violation of which demands appropriate redress”.[249] This means that legitimate public authority can and must “inflict punishments according to the seriousness of the crimes”[250] and that judicial power be guaranteed a “necessary independence in the realm of law”.[251]

265. From the earliest centuries of the Church, some were clearly opposed to capital punishment. Lactantius, for example, held that “there ought to be no exception at all; that it is always unlawful to put a man to death”.[252] Pope Nicholas I urged that efforts be made “to free from the punishment of death not only each of the innocent, but all the guilty as well”.[253] During the trial of the murderers of two priests, Saint Augustine asked the judge not to take the life of the assassins with this argument: “We do not object to your depriving these wicked men of the freedom to commit further crimes. Our desire is rather that justice be satisfied without the taking of their lives or the maiming of their bodies in any part. And, at the same time, that by the coercive measures provided by the law, they be turned from their irrational fury to the calmness of men of sound mind, and from their evil deeds to some useful employment. This too is considered a condemnation, but who does not see that, when savage violence is restrained and remedies meant to produce repentance are provided, it should be considered a benefit rather than a mere punitive measure… Do not let the atrocity of their sins feed a desire for vengeance, but desire instead to heal the wounds which those deeds have inflicted on their souls”.[254]

266. Fear and resentment can easily lead to viewing punishment in a vindictive and even cruel way, rather than as part of a process of healing and reintegration into society. Nowadays, “in some political sectors and certain media, public and private violence and revenge are incited, not only against those responsible for committing crimes, but also against those suspected, whether proven or not, of breaking the law… There is at times a tendency to deliberately fabricate enemies: stereotyped figures who represent all the characteristics that society perceives or interprets as threatening. The mechanisms that form these images are the same that allowed the spread of racist ideas in their time”.[255] This has made all the more dangerous the growing practice in some countries of resorting to preventive custody, imprisonment without trial and especially the death penalty.

267. Here I would stress that “it is impossible to imagine that states today have no other means than capital punishment to protect the lives of other people from the unjust aggressor”. Particularly serious in this regard are so-called extrajudicial or extralegal executions, which are “homicides deliberately committed by certain states and by their agents, often passed off as clashes with criminals or presented as the unintended consequences of the reasonable, necessary and proportionate use of force in applying the law”.[256]

268. “The arguments against the death penalty are numerous and well-known. The Church has rightly called attention to several of these, such as the possibility of judicial error and the use made of such punishment by totalitarian and dictatorial regimes as a means of suppressing political dissidence or persecuting religious and cultural minorities, all victims whom the legislation of those regimes consider ‘delinquents’. All Christians and people of good will are today called to work not only for the abolition of the death penalty, legal or illegal, in all its forms, but also to work for the improvement of prison conditions, out of respect for the human dignity of persons deprived of their freedom. I would link this to life imprisonment… A life sentence is a secret death penalty”.[257]

269. Let us keep in mind that “not even a murderer loses his personal dignity, and God himself pledges to guarantee this”.[258] The firm rejection of the death penalty shows to what extent it is possible to recognize the inalienable dignity of every human being and to accept that he or she has a place in this universe. If I do not deny that dignity to the worst of criminals, I will not deny it to anyone. I will give everyone the possibility of sharing this planet with me, despite all our differences.

270. I ask Christians who remain hesitant on this point, and those tempted to yield to violence in any form, to keep in mind the words of the book of Isaiah: “They shall beat their swords into plowshares” (2:4). For us, this prophecy took flesh in Christ Jesus who, seeing a disciple tempted to violence, said firmly: “Put your sword back into its place; for all who take the sword will perish by the sword” (Mt 26:52). These words echoed the ancient warning: “I will require a reckoning for human life. Whoever sheds the blood of a man, by man shall his blood be shed” (Gen 9:5-6). Jesus’ reaction, which sprang from his heart, bridges the gap of the centuries and reaches the present as an enduring appeal. - ENCYCLICAL LETTER FRATELLI TUTTI OF THE HOLY FATHER FRANCIS ON FRATERNITY AND SOCIAL FRIENDSHIP 3/10/2020

Posted by Charles Hector at 7:34 AM